Kelkar and Associates, Inc., was formed in Dec. 1993 to provide services to clients in the area of optimization of reservoir performance by identifying remaining hydrocarbons in reservoirs and maximizing the recovery of both oil and gas from the formation.

We provides the latest cutting edge technology in reservoir modeling and simulation which has been proven in oil and gas fields. By applying these techniques, the reservoir’s performance can be optimized in a cost-effective manner.

What is unique about us –

We have been actively working as consultants for world-wide clients in building Field Development Plan (FDP) based on the integrated geophysical, geological, petrophysical and engineering approach. We have the necessary expertise to interpret and integrate multi-disciplinary data/information in building reservoir models to predict future performance with uncertainties. 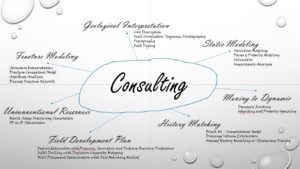 Check Out Our Publications

Check Out Our Field Studies Experience

Kelkar and Associates, Inc., has been playing an active role in the latest research development of reservoir modeling and implemented them into commercial software in the form of Petrel Plug-ins.

The company has released two series of Plug-ins under the name of CONNECT and LINK Series. Up to date, four CONNECT plug-ins have been released, namely CONNECT-UpGrid (2008), CONNECT-TransMod (2008), CONNECT-DynaRank (2012) and CONNECT-PermMatch (2016). Meanwhile, another four plug-ins have also been released for the LINK-series, namely, LINK-WellOpt (2016), LINK-Unconventional (2017), LINK-AutoGrid (2017) and LINK-AutoGridPlus (2017).

We provide typical 5-days  industrial course for the following topics: